He has also been a member of SMU world music ensemble since 2013 and a member of the Silk Road Global Musicians Workshop as a faculty assistant and performer since 2016. Ehsan has been invited to perform as a Santoor soloist with Irving Symphony Orchestra in 2019.  His first album “Phantasm” in collaboration with Mohsen Namjoo the renowned Iranian singer living in exile was published in 2019 and streamed more than 4,000,000 times and downloaded on all digital platforms. Ehsan is an active recording artist, composer and music producer of original material, folk music and cross-cultural collaborations, with over 4 albums to his name. His recent album “ The Voices and Bridges” were charting among 15 best of Billboard Classical Crossover.

His love of learning about cultures and feeling  their melodies, has inspired his musical compositions which represent these cultures and bring new words to the world. Exploring diverse musical and poetic traditions around the world, Matoori has recently been working on a multilingual project called “The Voices and Bridges” which was announced by the BBC world, BBC Persian and the Silk Road Project in July 2019 and July 2020.  Ehsan believes that his music “should bring happiness to people and bring people together.”

“An exquisite collaboration with Matoori joining with vocalists Bombay Jayashri from India, and  Alireza Ghorbani” has – JoyZine

“The Voices and Bridges” is an ongoing multi-lingual, multicultural collaboration between musicians from many parts of the world including Alireza Ghorbani (lead vocalist), Bombay Jayashri, Celia Woodsmith, Qaiser Nizami, Michael Kelly, Solange Merdinian, Maya Hobeika, Olcay Bayir and others.  This music project is an exploration which brings together languages of ancient cultures such as Persian, Spanish, Arabic, English, Turkish, Bengali, Urdu, Kashmiri and French to create a new story that celebrates different cultural traditions from around the world.  The style and genre used in the project is Global Music inspired by different musical traditions. All musical tracks are recorded acoustically. The lyrics are from compositions by many prominent reknowned poets from around the world such as Rudaki, Jorge Luis Borges, Nima Youshij, Pierre Riverdy , William Shakespeare, Allama Iqbal,  Lal Ded, Rabindranath Tagore, Nazim Hikmat, Maram Almesri, Forough Farokhzad,  and Rumi. The project  includes poetry by medieval and  modern poets performed by pioneer musicians and vocalists from different parts of the world with original music written and composed by Ehsan Matoori and linguistic and academic advice offered by Dr. Sadaf Munshi.  The purpose and mission of the project is to bring together diverse musical and poetic traditions and introduce them to the world to give a universal feeling of music. This is achieved by bringing together, blending and merging the poetic and musical arts of different world cultures in a way that they  communicate with each other synchronically and through time.

The inception of the Voices and Bridges lies is a response to the consequences of some of the ongoing geo-political problems and existing socio-cultural challenges which are broader in dimension but similar in nature in different parts of the world. The idea of the project was primarily triggered by the trials and tribulations associated with migration, social and political strife, and general human sufferings. A special motivation came from the composer Ehsan Matoori’s personal struggle in an entirely new country, the United States — a country he migrated to in order to fulfill his dreams but one viewed as an “enemy” by the country where grew up, viz., Iran, where he set the foundation of his dreams and aspirations. The economic and political sanctions on Iran by the US and its major allies in the developed world on the one hand and restrictions on cultural activities put forth by the conservative Iranian regime on the other, have made it extremely challenging for Iranian artists and musicians to freely promote their culture. The project is an outcome of collaboration between artists from various parts of the world with common goals and aspirations. The Voices and Bridges album released July, 16 2021 on Bright Shiny Things.

Borderless band composer and co-founder, Ehsan Matoori, copped and produced an ongoing album called ” We Call it Peace” in collaboration with some great musicians from the Middle-east. Their first concert was held at the Freight and Salvage Stage in San Francisco on July 20, 2019 a few months before the pandemic.

The inspiration for this project came from the story of three girls from the middle-east who suffered at the hands of conservative cultural practices and decided to move to other parts of the world in pursuit of their freedom and a better life. But in this endeavor, they lost their lives and each other in a boat heading to Europe. Using this project as a platform to tell the story of their suffering, five musicians of middle-eastern origin got together and decided to walk with them through music, while capturing the moments they lived through and the places where they left their memories in their journey to achieve their freedom. With this music in the works, we scheduled concerts in San Francisco, Dallas, San Diego, Los Angeles, and Chicago. Unfortunately, when our project was only beginning, three of our team members, viz. Kourosh Babaei, Homayoon Nasiri, and Kenan Adnawi, were barred from applying for visas to travel to the United States due to the passing of the Executive Order by President Trump’s imposing a travel ban on people of selected countries. In the face of this challenge, we reorganized and baptized ourselves as the Borderless Band. The Band, a West-East group, features middle-eastern musicians in collaboration with western classical musicians using the genre of Fusion.
Our group originated as a small ensemble including Iranian, Syrian and Iraqi musicians and composers. In 2019, we embarked upon a journey to bring the music of our home countries in the middle-east to North America. We planned to take the unique melodies of that region to compose new works – works written and shared in a way that makes traditional, folk music of the middle- east including Iran, Iraq, Syria, and Turkey, approachable to people of all backgrounds and nationalities. Rather than allowing political circumstances to stand as a barrier in our mission after the travel ban, we decided to move forward with the composition by joining hands with new musicians based in the United States. Thus, Ehsan Matoori, the co-founder, composer and Santoor player, shared the idea with his US-based musician friends and invited them to join the band and keep the message of the Borderless Band alive. The invited musicians included: the Grammy award winner Mike Block (Cello), Jamal Mohamed (percussionist), Jonathan Jones (Clarinet), Michael Nesuda (Guitar), Ali Montazeri (Bam Taar), and Yahya Alkhansa (Drum). The group accepted the invitation and the first concert was held at the Freight and Salvage Stage in San Francisco on July 20 2019 in memory of the three girls lost in the Mediterranean Sea and also in respect of the three musicians banned behind the US borders. 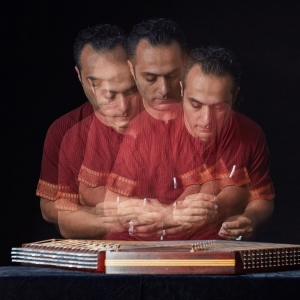 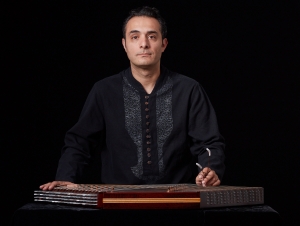 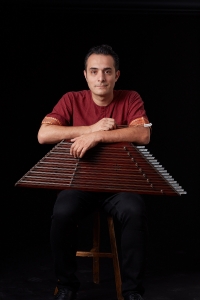 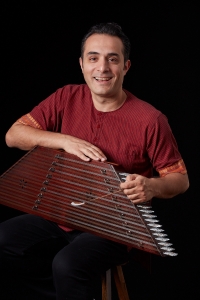 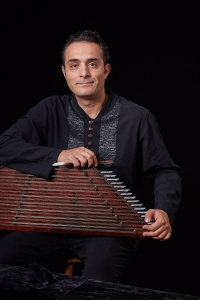 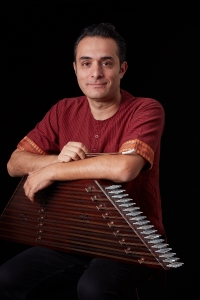 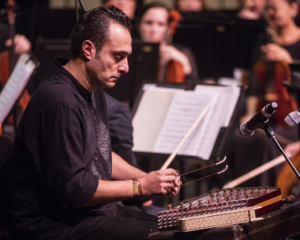 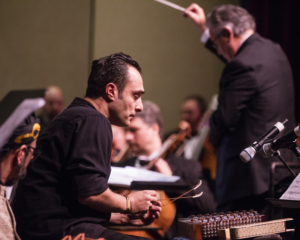 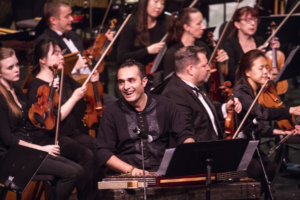 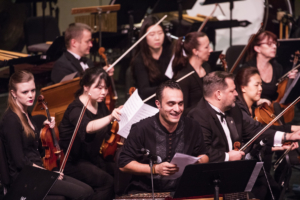 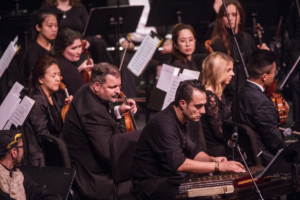 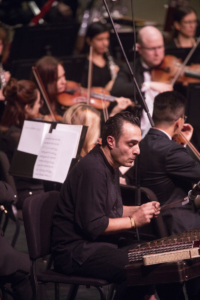 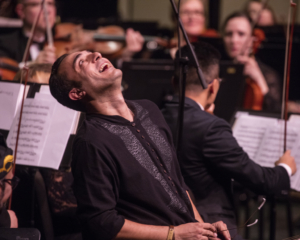