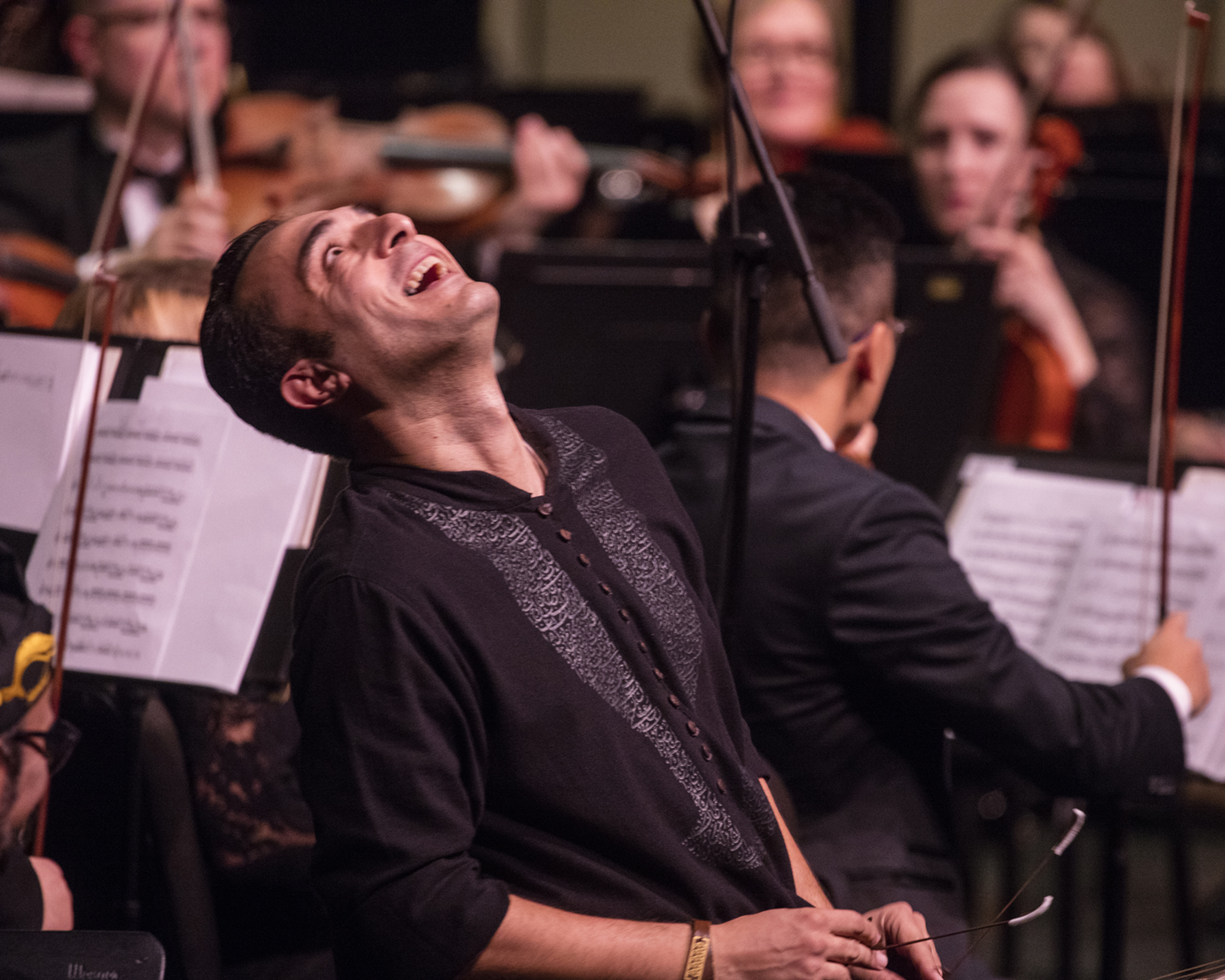 Born in 1979 in Iran, Ehsan Matoori began learning Santoor (Persian-dulcimer) based on Maestro Faramarz Payvar’s method at age 9. He studied instrumental and vocal Radif (Persian musical repertory) with Parviz Meshkatian and Pashang Kamkar and later started teaching Santoor. Ehsan took lessons from Ardavan Kamkar, one of the greatest contemporary Santoor players of Iran known for his distinct playing style and tuning techniques. In addition to playing Santoor, Ehsan has studied music composition and harmony with Farhad Fakhroaldini and children’s music with Soudabeh Salem. After moving to the United States in 2013, Ehsan performed with world music masters such as Sandeep Das (tabla), Jamal Mohamed (percussionist), Paul Sriji (mridangam), Maeve Gilchrist (jazz harp), Matthew Coley (marimba), Mike Block (cello),  Bassam Saba (oud), Sybarite5 (string quintet) and Greg Ellis (percussionist). He has also been a member of SMU world music ensemble since 2013 and a member of the Silk Road Global Musicians Workshop as a faculty assistant and performer since 2016. His first album “Phantasm” in collaboration with Mohsen Namjoo was published in 2019 and streamed more than 4,000,000 times and downloaded on all digital platforms. His love of learning about cultures and feeling  their melodies, has inspired his musical compositions which represent these cultures and bring new words to the world. Exploring diverse musical and poetic traditions around the world, Matoori has recently been working on a multilingual project called “The Voices and Bridges” which was announced by the BBC world, BBC Persian and the Silk Road Project in July 2019 and July 2020.  Ehsan believes that his music “should bring happiness to people and bring people together.”